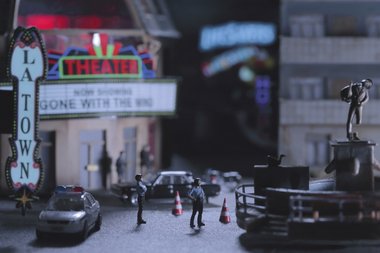 Together, the repetitive, low-hum bass of Cao Fei's '#18' from the theatre on the right as you enter the gallery, and the fog horn sounds floating down from From Scratch's '555 Moons' above, are an unavoidable sound track to Yona Lee's 'In Transit' with its network of stainless steel pipes. All three could be said to connect and incorporate machinery—and the materials of the everyday—into a transcendent account of the transitory nature of contemporary human experience.

More than usual, the three shows on currently at Te Whare Toi are complementary. Together, the repetitive, low-hum bass of Cao Fei‘s #18 from the theatre on the right as you enter the gallery, and the fog horn sounds floating down from From Scratch‘s 555 Moons above, are an unavoidable sound track to Yona Lee‘s In Transit with its network of stainless steel pipes.

All three could be said to connect and incorporate machinery—and the materials of the everyday—into a transcendent account of the transitory nature of contemporary human experience, and I think that might be their common art, but their common appeal, and the reason I keep being drawn back inside to play, has more to do with travelling, and possibly pipes.

Lee had me with her title. Transit is my happy place, but it’s not one I am able to get to very often anymore, unless you count sitting with a stroller on the Number 7 bus to Brooklyn. I was like a kid before Christmas anticipating In Transit, and once inside, I was not disappointed.

The show consists of hundreds of meters of stainless steel pipe cut in (I think) three varying sizes, installed inside the gallery space in a vast network, like a three-dimensional metro map that somehow also reflects the faux parquet floor of the gallery. Morphing from giant handrails to barriers to beds to turnstiles, the pipes’ continuous flow creates a sense of movement, and of going somewhere.

Lee’s installation takes you many places, but specifically to that place that is everywhere and nowhere; the airport, the train-station, the transit lounge, the three-star hotel. It’s a place without borders or a time-zone, and in that way it is tremendously liberating, but it also tightly controlled and regulated, sterile and somehow safe. It’s a blank, wide-awake state in which you can imagine you are anywhere.

The fact that the pipes connect things (a bunk, desks, lamps, a shower curtain, inverted letter boxes) as well as spaces—in this case: the left-side, the right-side, the gallery entrance, the upstairs spaces, perhaps home/not-home (that upside-down letter box)—is important. Connection is everywhere in this work, and underpins the whole endeavour. The way in which connections are drawn between things and ideas is partly what makes Lee’s work so playful and transforms the imposing metal structure into an installation full of light, and lightness. Most significant is the way Lee connects her own work into the existing space, expanding the purpose of that space and the way you interpret it.

For example, as you enter the main door of the exhibition, look above you to where four black utility pipes, part of the gallery structure, probably carrying wires, or perhaps air, and you’ll see Lee has installed one of her own stainless steel pipes to make a fifth. Follow that pipe (what does it carry?) and see where it goes, in both directions, including upstairs where In Transit continues to spread to the other parts of the gallery.

Lee has also mirrored the narrow, white utility tubes along the ceiling with her own. In this way, windows, floors, and existing structures, even the sprinklers become a part of In Transit, transformed from utilitarian to aesthetic objects. The most suggestive of these might be the frameless ‘hidden’ doors in the gallery walls which I had never noticed before but which now stand out, striking questions: What’s behind here? Where does this go?

A sense of endless possibility is what I love most about being in transit. Lee’s work captures that, while also speaking to the transformative possibilities within the limitations of a particular space, or moment, that come alive with adaptation.

My favourite place in the City Gallery at the moment—or possibly in the whole city—is at the very edge of In Transit. Facing the back wall and floor-to-ceiling frosted window is a bus-seat, covered in that hideous, regurgitated blue bus-seat fabric. Sitting there, notebook in hand, I feel I could be anywhere, going anywhere.

In Unmanned, the music-video portion of Cao Fei’s BMW car project, a monk goes on a journey, travelling on foot from rural to urban China, in transit from a past to a future, compelled along by Jamie xx’s euphoric soundtrack. But it is also a journey of adaptation in which the creative possibilities at the intersection of art and commerce come alive.

Mid-way through the journey, an extensive pan over a kind of graveyard of religious statues, mostly white, marks a crossing point from rural to urban and is echoed shortly after by a similar pan of the BMW car yard, filled with mostly white cars. The monk mediates in this second landscape, which might be soulless - or perhaps the machines have become spiritual, like the icons before them.

Cao Fei says that to her ‘the machine is like human,’ and her ability to inhabit the present moment fully as an artist, instead of separating herself from it, is what gives her work a spirituality of its own. Like the monk, who we see eating a first communion of McDonald’s fries in front of a SuperDry advert, she is immersed in the world with all its corruption and dirt and corporations, yet remains somehow separate from it, retaining a purity of focus which enables something exquisite and powerful to be created within in. Now may not be not the most beautiful moment, but it’s the one we are in.

After meditating, Fei’s monk is stripped of his robes, puts on a VR headset and is transported to a place (somewhere, anywhere) where he dons them again, but more elaborately. Ribbons of multi-coloured light flow out of his hands as he performs an augmented traditional blessing, shaping the car of the future. When he leaps impossibly high into the air and stays there, executing the kind of flip that happens only in ecstatic dreams, or possibly Cirque de Soleil, it feels like the future could be alright. Up there in mid-air with the monk, as in Lee’s bus seat, I am untethered.

Upstairs in From Scratch’s 555 Moons the connections are more plastic. There is a timeline, charting the musical group’s history, and a lot of pipes. Actual plumbing pipes, and actual plumbing pipes that have been repurposed as musical pipes. There is also a lot of adaptation, with instruments created from, yes, pipes, as well as chairs, stones, foot pumps, and other everyday materials. The less obvious connection is that the music itself is a journey, bound by formalisation and structures based in mathematics which, when executed the way they are by From Scratch in Drum/Sing (1984) directed by Gregor Nichols, open up a way to listen that can only be described as transcendent, taking you places that you couldn’t imagine if you tried. 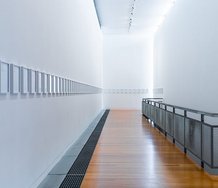 Who is the Artist? 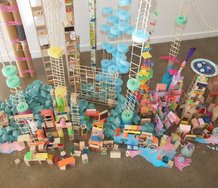 An Artist, a Classroom, and Ako Come Together 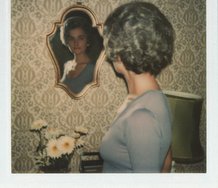 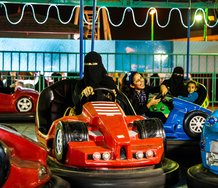