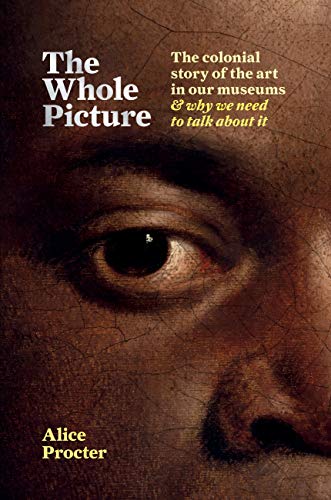 This tendency to lead the reader to a preconceived set of conclusions is one of the two cavils I have with the book, that it tends to go for the simpler narrative where the colonial and imperial dynamics are often much more complex when it comes to agency. Hence in the chapter dealing with Sir John Soane's acquisition of the sarcophagus of the pharaoh Seti I, it's framed as loss to Egyptian patrimony, without much time given to the Ottoman ambivalence to the artefacts of pre-Islamic Egypt or, for that matter, the antiquities of Greece.

One of the most important conversations going on in contemporary museology is the role of colonial history in our museum collections and their decolonisation. That covers a lot of territory, from imperialistic opportunism, slavery and diaspora, racism, classism, sexism, and the benign ambitions of the Enlightenment that we can very rightly regard with some suspicion today. It serves as a fascinating and much needed counterpoint to Tiffany Jenkins‘ horrific Keeping their Marbles (OUP 2016).

Anyone familiar with current museological discourse knows there’s a vast body of scholarly literature on the subject. The layperson, on the other hand, may have read something about the Rhodes Must Fall movement in the UK, the arguments over the parts of the Parthenon frieze in the British Museum, or the protests around the African collections at Brooklyn Museum in New York, but beyond that retains only a superficial understanding of the issues.

This is a huge problem given that the public remain the chief stakeholders in public museums and art galleries and really need to be informed about the issues, if they are to be involved in the often controversial process of what we should do about it.

Alice Procter’s The Whole Picture is the perfect book to introduce the intelligent and curious reader to what all the fuss is about. It provides a generous general overview of the origins of the museum in the palace collections of Europe and the problematic nature of their acquisition.

Procter, creator of Uncomfortable Art Tours in the UK, is an expert at making these awkward truths accessible to a general public. This she does in lucid, engaging, unpretentious prose, that most importantly, doesn’t stoop to the condescending or scolding tone that—most of the time at least—the topic often invites, and which inevitably alienates. She is clearly not pitching at the museum professional, but that’s not to say they also wouldn’t get a lot out of reading this book.

The Whole Picture is divided into four sections. The first, as mentioned above, begins with The Palace—the aristocratic collections of the Old World and their imperial symbolism, the whys and wherefores of their assemblage—and then through the other philosophical iterations of The Classroom, The Memorial and, today, The Playground; largely sidestepping the 1990s debate of Temple of the Muses versus Community Forum.

The process is explained through object-centred stories, and the usual suspects are included, and imbalances in gender representation addressed. Hence in a discussion of the Grand Tour, Emma Hamilton is rightly given a more prominent role than mere mistress and striker of attitudes, though I question the simplistic and anachronistically modern description of her as a ‘sex worker.’ The other usual suspects are there: the British East India Company; Captain Cook (who gets his own chapter, or rather the Tahitian Mai (Omai) does) and so on. The British Museum is a persistent reoccurring ogre, but that stubborn institution has had it coming for over a century.

There’s a nice discussion of Michael Parekōwhai’s The English Channel (2015, Art Gallery of New South Wales), that shiny, metallic statue of Cook, which Procter places in context with the work of indigenous Australian artist and activist Daniel Boyd, and protest vandalism of statues of Cook in both Australia and New Zealand.

There is, however, no consideration of the irony of a Māori artist given such prominence in an Australian art gallery, The English Channel reflecting in its polished surface ‘a twisted image of the ‘Early Australian Art’ section’, which is to say colonial landscapes. There is also no mention of Aboriginal artist Fiona Foley’s protest at Parekōwhai’s taking up of public commissions that could have gone to Aboriginal artists, despite it being an entirely legitimate discussion on the effect of colonial domination—of what goes into public space and who represents what, and why.

Again, of interest to the New Zealand reader, is the section dealing with the nineteenth century trade in Māori mokomokai (ten points to author and publisher for including all the macrons and in the right places here, although this is far from consistent, such as the lack of a macron in ‘Parekōwhai’ elsewhere in the book) and repatriation.

Procter begins with that photograph of Horatio Robley with his grisly collection but makes a big show of not including the image itself, instead informing the reader (with much handwringing) how easy it is to find online. Isn’t this one of the few occasions when it is appropriate to use it to illustrate one’s point about the grotesque objectification of kōiwi tangata?

Much as I loathe the expression ‘virtue signalling’ it does feel appropriate in this instance, given that it would have been perfectly possible not to have mentioned the Robley photograph at all and cut straight to the British Museum’s 2006 refusal to repatriate their collection of remains to Te Papa. Also, I did find the lack of a Māori voice at all in this chapter a little bit odd, as though, at times, Procter seems unaware that she is as much in danger of assuming to speak for indigenous people as the museums are.

Also—having taught classes around the subject of Dana Schultz’s Emmett Till painting Open Casket (2016) and the furore that surrounded the Whitney Biennial because of it—when Procter delves into those events it was very strange to me that not one of the voices of colour that came out in support of Schultz (Kara Walker and Coco Fusco among them) gets a mention, nor is there acknowledgement that such a counterview in the relevant communities even exists. It’s just embarrassing that in reviewing a book of this nature that it has to be reasserted that ethnic, or any other kind of communities, are not monolithic.

This tendency to lead the reader to a preconceived set of conclusions is one of the two cavils I have with the book, that it tends to go for the simpler narrative where the colonial and imperial dynamics are often much more complex when it comes to agency. Hence in the chapter dealing with Sir John Soane‘s acquisition of the sarcophagus of the pharaoh Seti I, it’s framed as loss to Egyptian patrimony, without much time given to the Ottoman ambivalence to the artefacts of pre-Islamic Egypt or, for that matter, the antiquities of Greece.

This isn’t to justify how they were acquired or to argue against their repatriation, or even the vanity of the project, but it does put a limiting spin on what Soane and others thought they were doing—and the context in which they were doing it. I’m inclined to be a little more generous.

More of a problem is the book’s lack of an index, which is a serious liability in a text covering so much diverse material; something I would hope would be addressed in any subsequent editions. On the whole, this is a valuable introduction and overview that should be on the reading lists of all museum and curatorial studies programmes. It should be compulsory reading for every member of every museum and art gallery board. 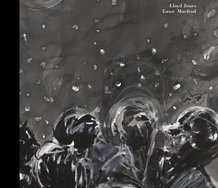 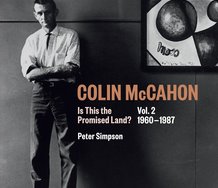 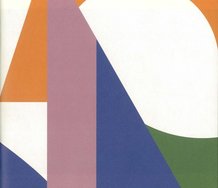