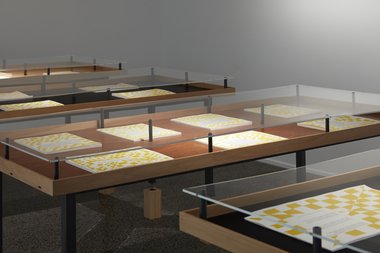 As this is a gallery presentation, not one in your study or local library, you are not presented with an actual book to hold and flick through. You have to stoop to look down through the glass of the low vitrines to examine the horizontally stacked piles of painted pages. Then you can read Yau's words that are enclosed by Barry's complicated patterns that sometimes suddenly switch compositional alignments.

New York art critic, poet, curator, editor and teacher, John Yau is highly regarded internationally for his observant and erudite contributions to various art periodicals, and his books of poetry. He has written extensively on luminaries such as Jasper Johns and New Zealand’s Max Gimblett, and here in Objectspace he is collaborating as a poet with Auckland artist Kathy Barry.

This geographically-separated pairing was organised by Gervais Jassaud, a French producer of handmade artist books who works under the title of Collectif Génération. Jassaud enjoys looking at writers and artists from different cultural backgrounds and seeing if collectively they can make up a successful text/image producing team. A couple of years ago he organised a project with Max Gimblett and the legendary French novelist, the late Michel Butor.

With these books, there are only a dozen making up each set, with each rag paper page uniquely hand decorated. In Objectspace the four flat vitrines present the various single and double-page spreads, all showcasing Yau’s text within a webbed ‘frame’ of flickering, yellow, checkerboard diamonds. There are five poems (of about four or five verses), while the surrounding webs consist of ruled, pencil-lined, angular nets of ochre-cadmium alternating with unpainted paper. The layers of watercolour have a slight sheen and glow. They almost look metallic. (Other versions involve dark red with the yellow.)

As this is a gallery presentation, not one in your study or local library, you are not presented with an actual book to hold and flick through. You have to stoop to look down through the glass of the low vitrines to examine the horizontally stacked piles of painted pages. Then you can read Yau‘s words that are enclosed by Barry’s complicated patterns that sometimes suddenly switch compositional alignments. Highly optical, their clusters of shimmering quadrilaterals can stress the picture-plane of the paper, recede toward a distant vanishing point, or be consumed by a swirling central vortex.

In the two superb essays from Yau and fellow poet and curator Greg O’Brien, printed on the back of the snazzy exhibition poster, Yau writes of Barry providing reorienting cosmic spatialities, O’Brien of trampolines, celestial and earthly realms, surveyor lines, string games and membranes. There is clearly in the physicality of Barry’s imagery, a sense of extending far beyond its materiality. An understated mystical component.

One of the reasons is that Barry‘s checkerboard or harlequin-like grids constantly change in their complexity. They are restless. Many are superimposed grids of overlapping vertical and horizontal lines placed over formations of centrally converging lines. Sometimes parallel diagonal lines, aligned to left and right, are included, with greater density of pattern and smaller sized quadrilateral units occurring as the book progresses. Barry intends her faint unpainted grey pencil lines to be seen. They are not left by accident.

In Yau’s text there are eight spelling typos and one word order switch-over. These seem to have been caused by the French typographer unaware of jumbled letters or words. Or they may (and this is unlikely) be deliberate—little ‘painterly’ jokes about materiality (a foil to Barry’s precision) created by Yau who likes to repeat and recontextualise certain poem lines anyway.

Another curious aspect is the seventeenth century seriffed Garamond font used for Yau‘s text. Fascinatingly, when a lowercase t comes up, it has a conspicuous looping neck at the top, which bends down to meet any s or c on the lefthand side, and is unsettling—a carry-over from pre-printing flourishes when all writing was done with a quill.

Yau contributes five poems. Most, like The Detective’s Love Letter, Three not four Seasons (Reasons), or Stories that Go Nowhere, have a collaged or Surrealist dreamlike quality. The first one though, Midway, is all about negation, about the power of exclusion and denial when pondering the qualities of Yau’s writing—or for that matter, most contemporary art—a repudiation of otherwise positive attributes.

They will not startle you out of your daily anesthesia
They do not map the deepest crevices of the interior self
They cast no light on history’s margins, overlooked and neglected.

It is also about inviting forthright and honest criticism:

Nor is it sacrilegious to comment on my poems
What they lack, their absence of resonant wit
What they fail to fulfill, worlds they miss out on

The paragraph below from Standard Operating Procedure is wonderfully slippery in its allusions. The text seems to be about complaints within the hospitality industry, and the tone—at first glance—is conspicuously unsalacious:

Dissatisfactions are on the rise, starting with the texture of bread, the colour of coffee and the softness of the seats one encounters in pubic accommodations. You must be prepared for the worst, even while accepting things will sink further; that there is no bottom to the bottom.

Nevertheless, it does also appear to be vaguely about buttocks, and sex, while the title could come from a surgeon’s manual. ‘Pubic accommodations‘ sounds lascivious, as does (through proximity) ‘the softness of the seats one encounters‘, and ‘accepting things will sink further‘. However, ‘there is no bottom to the bottom‘ also fits in perfectly with Barry’s dynamic design and the spatial recession optically tunnelling through the stacked paper, vitrine base and floor—entering other worlds far beyond her converging lines.

This is a rich and subtle presentation that with repeated visits eases you into Barry’s shardlike geometric spatial systems and Yau’s inventive word and sentence combinations. Because the show is not portable, but you are, it takes time to explore—to enjoy entering Objectspace’s new premises in Ponsonby: circumnavigating the vitrines, relooking, rereading and rethinking.

American critic, Barry Schwabsky, is one of the most respected art writers around. Poet, critic and art historian, he is ...

American critic, Barry Schwabsky, is one of the most respected art writers around. Poet, critic and art historian, he is well known to regular readers of Artforum. This afternoon at 2pm he is talking with Simon Rees at Artspace. For lovers of art criticism this will be a truly exciting event.
https://brooklynrail.org/2017/04/art/Barry-Schwabsky-with-Jarrett-Earnest
https://hyperallergic.com/author/barry-schwabsky/
http://artpulsemagazine.com/dialogues-for-a-new-millennium-interview-with-barry-schwabsky
https://www.thenation.com/authors/barry-schwabsky/ 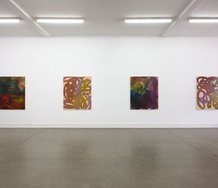 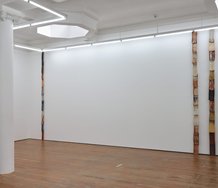 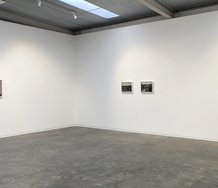 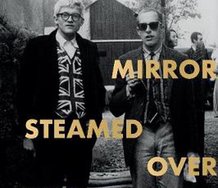