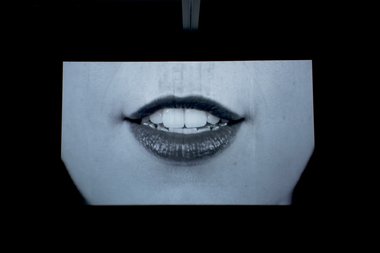 It circles around the nature of performance art, placing emphasis upon its presence as archival records: transcripts, film, documented texts, recorded spoken-memories and notes. The implication is that here is a variety of arts practice that has the potential to highlight the agendas of those who have made such records, offering up historical documents that inevitably shape our understanding of the assumed realities of performance art.

There has always been a gap in performance art between the reality of the artist’s performance and the documentation that accompanies it. It is the difference between a here-and-now physical experience and the ruminations of art theory. The former demanded a surrender to the moment of the performance, and the latter a deliberation of ideologies and philosophies.

Like performance art internationally, and in New Zealand in the 1970s, it was always going to be a difficult visual arts practice for any artist to sustain and build a viable body of work around long-term. Lacking the art object that existed in perpetuity (and able to maintain an ongoing experience for whoever its audience may be) performance by its very nature only continued to exist in an afterlife of memory, written documentation, photographs or film.

Yet performance art from the 1970s remains critical to New Zealand art through its legacy, shifting attention from painting as central to the experience of serious art, to photography and video gaining a respect and reputation that originated from the documentation processes of artists’ work. It is difficult (for example) to imagine the work of artists like Fiona Pardington or Christine Webster today without the photographs of Di ffrench.

This interest in documentation as evidence of a work of art - and an entity with a life of its own - is intended to offer a context for The Physics Room’s Embodying the archive. Curated by Anneke Jaspers and Melanie Oliver, it circles around the nature of performance art, placing emphasis upon its presence as archival records: transcripts, film, documented texts, recorded spoken-memories and notes. The implication is that here is a variety of arts practice that has the potential to highlight the agendas of those who have made such records, offering up historical documents that inevitably shape our understanding of the assumed realities of performance art. Its documentation and archiving becomes a subject in its own right - one as significant as the performance itself.

Embodying the archive is curated around five arts projects that touch upon the history of performance art and feminism (Brown Council and Alex Martinis Roe), the synergy between clothing and the body (Emma Fitts), and artists and public engagement (Alex Martinis Roe and the Newspaper Reading Club).

Videos from the collaborative Sydney-based artists group Brown Council‘s Remembering Barbara Cleveland (2011) and This is Barbara Cleveland (2013), affecting to make use of rediscovered archives from and about the artist, seek to unravel and recreate this ‘mythical’ Australian feminist performance artist. Cleveland’s disappearance while travelling through the United States in the 1970s acts as metaphor for the ephemerality of performance art itself and the absence of women artists in its archives. Brown Council’s intentions are to ‘reinsert her into performance art history… historically women have been left out of history.’

In Remembering Barbara Cleveland Brown Council recite a performance text held in the artist’s archives, while This is Barbara Cleveland provides an overview in a short documentary film featuring photographs and glimpses of the artist’s performances. It is a fleeting enough record to offer the promise of a supposed reality, but this also implies that information about Cleveland is speculative, missing any sense of a comprehensive story.

There are also noteworthy, but not entirely convincing, claims made about the politics of the lack of attention accorded to a feminist performance artist like Cleveland. Those performance artists in New Zealand who remain visible today do so because their practice has been sustained through their broadening approach to differing agendas and materials. In the film, Cleveland appears not to have had this opportunity, making work that was essentially confined to performance. In contrast, Andrew Drummond, Di ffrench and Peter Roche are widely recognised for their work as sculptors or photographers today, rather than for their performance work from the 70s, while the reputations of artists like Nicholas Spill and David Mealing are largely invisible.

Brown Council’s documentary on Cleveland’s life is both convincing cinematic documentary and curious parody. A cacophony of noise accompanying films of her performances, too willingly signals to the gallery visitor they are in the presence of ‘serious’ art, while a low monotone note establishes a self-consciousness awareness of the artist as ‘genius’ - bordering upon mockumentary rather than documentary - a eulogy to the artist as construct.

It is this element of looking knowingly that also tends to neutralise the thrill of the politics and ideologies at stake in Alex Martinis Roe’s It was an unusual way of doing politics: there were friendships, loves, gossips, tears, flowers. The video is described as tracing the ‘legacy of a weeklong meeting of political groups in France in 1972 [that included]… women from the French feminist … Psychanalyse et Politique and others who later formed the Milan Women’s Bookstore Collective… the subject of Martinis Roe’s ongoing research into feminist genealogies.’ Assembled with split narrative over two screens it includes film of women from the 1972 event and a ‘group of contemporary Nantes-based interlocutors with a shared interest in feminist political practice.’

A highlight is the film’s documentation of a return to the original site and the framing of a series of images of the landscape, buildings and ensuing activities. Of central importance to the original meeting was the notion that the political could be played out with a previously unconsidered element of friendship and intimacy. In the space of The Physics Room, the installation of It was an unusual way of doing politics: there were friendships, loves, gossips, tears, flowers also includes a circle of chairs for group discussion, connecting the spirit of the 1972 meeting with the present.

Such agendas had their counterpart in New Zealand in the Women’s Environment at the Canterbury Society of Arts gallery in June 1977. Coinciding with a national women’s convention the gallery was closed to men, with a series of installations and exhibitions by the Christchurch Woman Artists Group, (Allie Eagle, Pamela Woolfe and others), creating an ‘essentially female atmosphere.’(1) It was an influential moment for an emerging feminist art movement in New Zealand, described at the time by art critic Michael Thomas in The Press as an integration of art and life (2),  and identified by Marian Evans ten years later as a catalyst for her and Anna Keir to open the Women’s Gallery in Wellington in 1980.(3)

Of course, it is the questions around the assumed reality of such a cause-and-effect summary (as detailed above) that is of interest to Roe’s video and recreation of its documentary footage. Both videos are accompanied by a myriad of fragmented narratives, promising extracts of certainties or outcomes, yet ultimately they are intent upon placing the politics of authorship at the centre of their scrutiny. On paper it sounds like an honourable and even provocative challenge, yet in the space of the gallery its layered glimpses and numerous storytellers direct attention everywhere and eventually nowhere.

Emma Fitts‘ Where did feeling come from? is a garment suspended in the gallery space, based on descriptions of a school teacher, Anna, the subject of writer and educationalist, Sylvia Ashton-Warner (1908 -1984) first novel Spinster. An artist’s smock detailed in the novel is recreated by Fitts, acting as a possible archive for Ashton-Warner’s life as artist and educator and the social milieu that she belonged to. Seeming to float in the gallery space, transparent and voluminous in its materiality, Where did feeling come from? exudes a memorable presence throughout Embodying the archive, hinting at the potential of archives to be a material experience that may not require the need for the spoken or written word.

Embodying the archive is however more than simply an exhibition of objects, videos and soundtracks. Its programme is accompanied by a series of related activities. On 5 September, Brown Council held a participatory performance, The History of Performance, with a request to all attending to recount their experiences of performance art. Over the period of the exhibition the Newspaper Reading Club, (Fiona Connor and Michala Paludan) are inviting participatory readings from newspapers from those wishing to sign up and meet with them.

In particular, Connor and Paludan are inviting participants to reconsider Christchurch as it is documented in the daily paper and the relationships that are revealed to be playing their part in the city. As an invitation accepted by this writer, that centred on the gathering and documentation of open-ended discussion, it sat comfortably within Embodying the archives’ brief to encourage scrutiny and questions around the subtexts and insinuations of all documents - in whatever form they exist to be offered for public consumption.

Embodying the archive may outwardly have its brief in a reconsideration of the records of performance art, but ultimately its attention is firmly on the nature of curatorial practice. In its best and most inspired moments there is a sense that no one is innocent, and its invitation to curators to look beyond familiar or assumed narratives is commendable. Yet, in the absence of any opportunity for a moment of surrender to the here-and-now of the exhibition, it feels as though the curatorial brief has assumed an all too dominant role, as though the artist and their performance or work is waiting for its own fleeting appearance from the gallery wings. 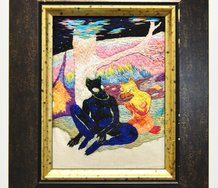 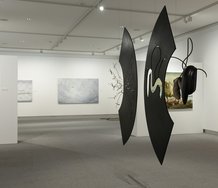 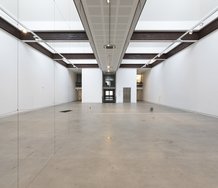 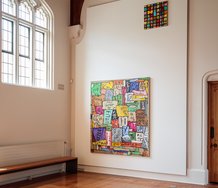