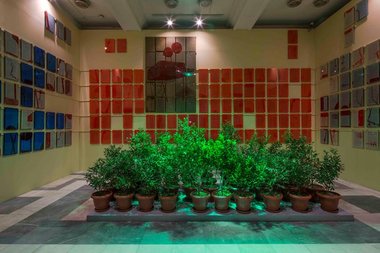 The Untimely Calendar / Asamayavali exists simultaneously in two parts; the book is a field guide to the exhibition providing approximately 100 entries from Raqs' archive of essays, interviews and letters. Here, the catalogue not only provides an opportunity to process the density of the exhibition, but also situates the discursive and interdisciplinary elements of their practice, highlighting how Raqs' art activity is of equal importance to their literary experiments and performances.

“During our regular night shifts, the general manager used to be abrasive with any worker he saw dozing off. He used to take punitive action against them. One night, one hundred and eight of us went to sleep, all together, on the shop floor. Managers, one after the other, who came to check on us, saw us all sleeping in one place, and returned quietly. We carried on like this for three nights. They didn’t misbehave with us, didn’t take any action against us. Workers in other sections of the factory followed suit. It became a tradition of sorts.”
-Faridabad Mazdoor Samachar (Faridabad Workers’ News), May 2014

Over the last twenty years, Raqs Media Collective have shifted their audiences perceptions on what contemporary art practice can be defined as, participating in projects with artistic, curatorial and philosophical materialisations. Working across a variety of discursive roles and artistic materialities, they circumnavigate individual artistic autonomy in the wake of collective solidarity. The Untimely Calendar is a retrospective, spanning twenty years of work by the collective, held at the National Gallery of Modern Art in New Delhi. Raqs consider this exhibition a prospective, rather than a typically framed retrospective. This is a strategy, employed by the collective to subvert the spectacle commonly found within the curation of major retrospectives.

Raqs Media Collective selected 19th century Jaipur House at the National Gallery of Modern Art for its labyrinth-like-quality and mirroring architectural features. Over forty works are situated in the space, exisiting within long hallways, specific installation rooms and as architectural inteventions between spaces, highlighting curatorial logic between works. What makes this exhibition engaging, is that Raqs Media Collective consider their projects, at once, from the perspective of the mediator, the historicist and the audience. Their interdisiplinary approach connects their artistic logic, to that of their curatorial, philosophical and literary constellations, which facilitate in the translation of their ideas to their public.

The Untimely Calendar, or Asamayavali as it referred to in Hindi, references Raqs Media Collective’s preoccupations with time. A nod towards Nietzsche’s Untimely Mediation, Raqs conceptualise the untimely as praxis for re-imagining the chronology of time, and moreover, ‘the contemporary’ as a subject. In this exhibition they consider conversations about time, not only from a theoretical perspective, but also in the company of many other provocations surrounding labour conditions, human rights and relatable daily-lived experiences. Raqs celebrate the power of collective action through both aesthetic and political energies, for example in Anonymous Steel Worker the collective present research on the organised labour conditions in America during the steel industry boom. Similarly, The Robot Dog Reads is an installation of over 200 framed copies of Indian Faridabad Workers News (1). These examples and others are testament to the collective’s participation in class-based struggles locally, and the solidarities they share at an international level.

A day in the life of Kiribati further demonstrates this engagement. The work examines the affects of global warming on Kiribati, an independent island nation in the Central Pacific Ocean. Amid daily, lived experiences of rising sea levels, the nationhood is fast becoming victimised by Climate Change. The results of which are formed by unsound environmental decisions by more developed, neighbouring countries. In 2012, the island was forced to buy land from Fiji as a preventative measure to avoid becoming environmental refugees. Despite this and other recent efforts, many Kiribati residents continue to face ongoing precarious conditions. Raqs Media Collective reflect on this situation, presenting a clock demonstrating the emotional effects of the forecast disaster, detailing emotions including duty, guilt, indifference, awe, anxiety, remorse and panic. Here, Raqs have pre-emptively assigned an emotional time-line in wake of Kiribati’s impending evacuation. Are these feelings empathising with those of the Kiribati people, or are they directed towards those who feel somehow implicated or even partially responsible for their struggles?

The Untimely Calendar / Asamayavali exists simultaneously in two parts; the book is a field guide to the exhibition providing approximately 100 entries from Raqs’ archive of essays, interviews and letters. Here, the catalogue not only provides an opportunity to process the density of the exhibition, but also situates the discursive and interdisciplinary elements of their practice, highlighting how Raqs’ art activity is of equal importance to their literary experiments and performances. Curiously, for this exhibition, the collective partially handed over the authorship of their public programs to other contributors, who were invited to give walkthroughs of the exhibition. This decision seems like a self-reflexive retreat from authorship on Raqs’ behalf, shifting agency again, from the collective, to their audience.

Drawing from multiple reference points of the contemporary landscape, Raqs present new constellations assembling them in the prospective format. In this coming together, the works interrogate, problematize and fold time distracting the viewers from the idea of spectacle, and towards a shared common solidarity. They celebrate the potential of collectivity as an anchor to speak in the otherwise disorienting terrain of contemporary life.

(1) Faridabad Majdoor Samachar is a free monthly Indian newspaper, published in Hindi. Founded in 1982, the newspaper is distributed it by standing along roadsides during shift-changing hours to workers in Faridabad and adjoining industrial areas of Delhi. The publication focuses on the education of better labour conditions by those who are presently working for less than the legal minimum wage, those who are attempting to claim their unpaid wage from previous financial years, or those who are working in precarious and dangerous conditions. It stresses the importance of self-activity for wageworkers to confront the present working conditions to promote change, an urgent issue where up to 80% of workers in this industry are not being paid properly, or not being paid at all. 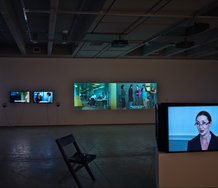 A conversation about The Working Life at the Institute of Modern Art, Brisbane 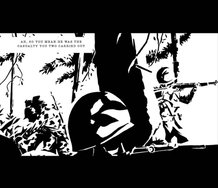 Active Spectatorship in the Archive 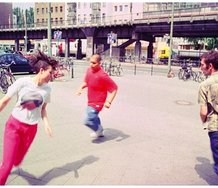